“When Systems Collide: Professional Responsibility and Opportunity vs. Religious and Moral Imperative”

Partner at Rothenberg Law Firm LLP, Magna cum Laude graduate of Harvard Law School and a senior expert in his field (Personal Injury Law) is best known for his success in the courtroom on behalf of victims of catastrophic personal injury. His office is one of the leading law firms in the field of Personal Injury Law in the United States. Harry Rothenberg also completed a three-year Yeshiwa degree. He speaks as passionately about Jewish as legal issues. So he maintains a hugely successful and widely acclaimed weekly video blog about Jewish holidays and Torah readings. In his lecture on 21 January in the Senate Hall of the Humboldt University in Berlin, he talked about potential conflicts in professional life, especially taking into account the Halacha, the Jewish doctrine of the law. He examined the following topics from the perspective of secular and Jewish law, both legal systems to which he is committed:

• The purpose of secular law, namely the clarification or resolution of cases against the objective of the “halakhic” system: the discovery of truth.

• The line between “truth” and “untruth”. 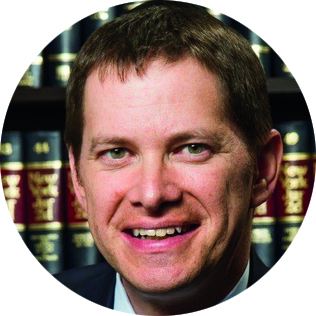